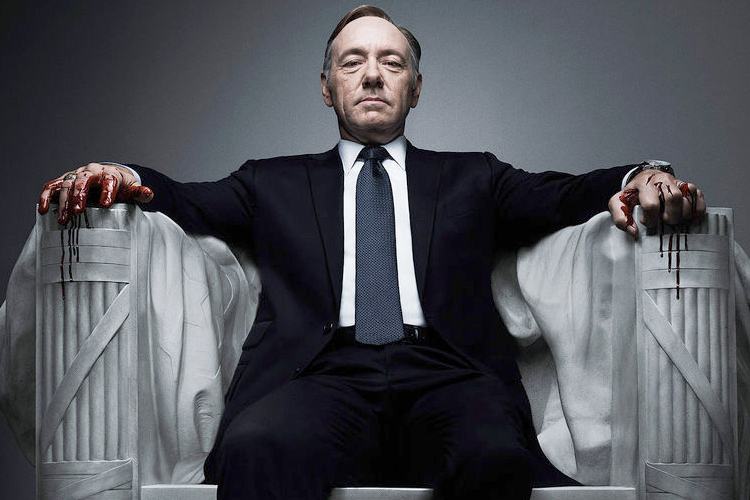 Riding on the breakthrough success of his Netflix series House of Cards, Kevin Spacey has a simple message for the entertainment industry: Get with the program, tell your stories, and give people what they want.

In a brilliant speech he gave at the Edinburgh International Television Festival, he admonished the television and film industry, encouraging them to sidestep the mistakes the music industry made. The enigmatic Kevin Spacey, speaking with conviction and charisma, gave it to the programmers in a language they could understand.

His message was simple: “Give people what they want, when they want it, in the form they want it and at a reasonable price, and they will more likely pay for it instead of stealing.”

You can’t blame the television programmers for sticking with their business model. Stockholders of the major media companies would be upset if network executives decided to stop the gravy train, and actually give viewers what they wanted. But that’s short-term thinking.

Networks such as AMC, home of blockbuster hits such as Mad Men and Breaking Bad, didn’t have as much to lose when they decided to concentrate on story instead of profit. Funny how when you focus on quality and deliver what your viewers want, the money takes care of itself.

When I binged on House of Cards and another excellent Netflix series starring The Sopranos‘ Steven Van Zandt, Lilyhammer, I got a good feeling for binge watching, and understand why people love it. It’s like reading a novel. Said Spacey, “Is 13 hours watched as one cinematic whole really any different than a film? Do we define film is something that’s two hours or less?”

Of course we don’t. I think the reason the best programs on television are smacking down Hollywood’s best cinematic offerings is that if people like a story and its characters, they will like them even more if they can immerse themselves in that world. Just like reading a novel, people want to get to know the intricacies of the characters, and yes, they can handle a complex story line.

We don’t need those characters to be so broadly drawn that we can immediately discern good from evil. Viewers want an entire world placed before them, with all its complications and beauty and chaos, giving rise to intricate plots, interwoven needs and desires of the characters, and master storytelling on a grand scale.

Another one of Spacey’s cogent points is the irrelevance of where you’re watching those stories. The line has blurred between TV shows, YouTube videos, Netflix “watch instantly” programs and feature films. “If you’re watching a film on your television, is it no longer film because you’re not watching it in the theater?,” Spacey asked.

He talked about how viewers are already expressing their preferences, pointing to the success of House of Cards and other shows of its ilk. Viewers want stories. “They’re dying for them. They’re rooting for us to give them the right thing.” Viewers have shown they will embrace such stories with all their hearts, sharing them everywhere. Indeed, rabid viewers will spread the word so efficiently that promoting that content is redundant.

Ten years ago, I wondered if video would go the same way the music industry went, fighting the sweep of history and trying to put out the fire of technological progress. As soon as every song ever recorded was available illicitly online, it was a disaster for music (from which it has recovered somewhat). Now that almost every film and TV show ever created is available online, it looks like film might sidestep that fate.

Shows like House of Cards are pointing the way.

Here are excerpts of Spacey’s speech:

1 thought on “Kevin Spacey to Hollywood: ‘Give people what they want’”