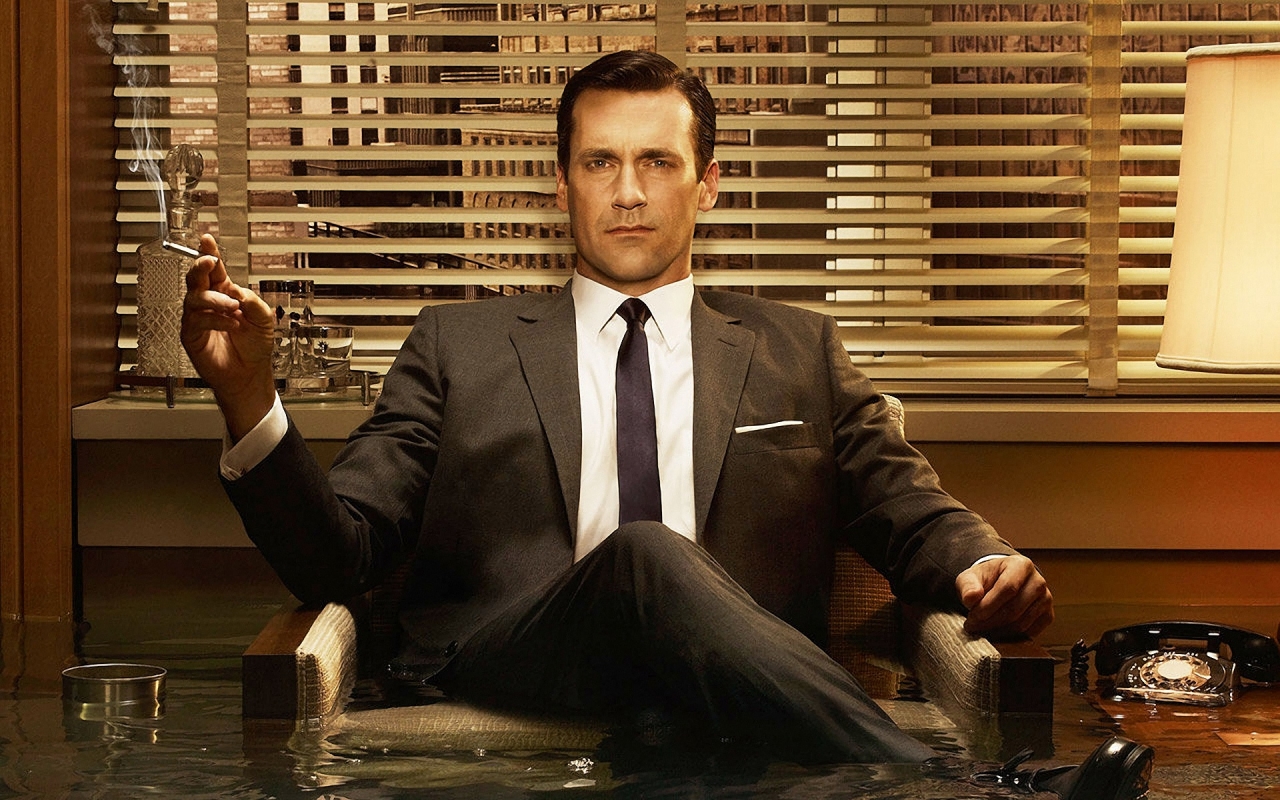 The 2014 political advertising season is about to begin, but you needn’t be its victim again this year. I’m here to help. In this article, I’ll show you how to eliminate almost all that bullshit advertising from your life.

It’s an appropriate time to bash advertising and all its miseries, this being the eve of the advertising prom, otherwise known by the grandiose title of SUPER BOWL XLVIII. Let me just say up front that this is the only time I can think of where you should watch all the advertisements, because, of course, they’re so much better than the game itself.

And now, hypocrite that I am, I offer you an ad for your clicking pleasure:

Now that we’ve gotten that out of the way, let’s start to obliterate all the bullshit from your life. The first step is to be sure you’re watching TV using a DVR. If you don’t know what that is, it’s a digital video recorder.

I have an elderly relative who was complaining to me about how he has to sit through so many ads on TV. The guy subscribes to the Dish Network, and told me they offered him a DVR for next to nothing each month. He turned it down. Big mistake.

With any DVR (TiVo has the best user interface), you’ll never have to watch a TV ad again. You can skip all the commercials by either scanning are jumping in 30-second increments. You can watch a whole football game in an hour, skipping all the commercials, half-time, and even all that standing around between plays.

That’s right, a 30-second skip is almost perfect to eliminate the time between when the whistle blows after a tackle and the next snap (well, unless the team you’re watching is in a hurry-up offense). If you time it just right, say, starting to watch your DVR recording of a football game about 90 minutes after the game actually begins, you’ll be watching the game live by the time the game clock counts down to zero.

Back to Dish for a moment. Even though the quality of Dish’s video signal is barely passable, it has a near-miraculous ad-skipping feature that the company’s been able to successfully defend in court: AutoHop.

Here’s how it works: in Dish Network’s “Prime Time Anytime ” service, it records the four major commercial networks during prime time every night. After 1 AM the next morning, each of those recorded programs will give you the option of AutoHop, which automatically skips all the commercials for you. Boom. Commercials are gone from your life.

However, with AutoHop, commercials are only gone from prime-time network programming — you’ll have to get rid of the commercials on cable programs and movies yourself. And what if you don’t want to deal with Dish Network, or satellite TV at all, or cable TV at all? I have multiple solutions for you, dear reader.

The first and most dishonest solution is to download your favorite programs and movies via the crowdsourcing system called BitTorrent. Although BitTorrent can be used for legitimate programs, it’s been a favorite of pirates for years. I advise against downloading copyrighted material via BitTorrent, because to do so, you must expose your IP address to the world. That can get you busted in some jurisdictions. Don’t do it.

The best way to participate in newsgroup downloading is to subscribe to a service such as Astraweb. For $10 per month, you can download TV shows and movies to your heart’s content using an excellent application for PC called Newsbin. There’s a comparable app for the Mac, too. Nuff said. Look it up.

On these magical newsgroups, nearly every TV show is available shortly after it airs, and all are completely commercial-free. British shows, too, months before they air on PBS. Feature films are usually available if they’ve been released on Blu-ray, and even some movies that are still in theaters (especially leaked Oscar screeners) can be downloaded. There’s also unusual and sometimes bizarre programs and bootlegs that are hard to find anywhere else, such as the campy “lost pilot episode” of Gilligan’s Island.

It’s up to you whether you’d like to embark on this shady route. One thing you could do to alleviate guilt would be to subscribe to both the Netflix streaming and disc-in-the-mail service, and then you could just tell yourself that you’re paying for the content, but insisting on consuming it in a manner that best suits you. Still illegal, but not immoral. Makes sense to me.

Which brings up the most cost-effective legal way to eliminate advertising: Netflix. Unless you’re like me and you’ve seen almost every movie worth watching, Netflix offers the best and cheapest way to find a gigantic variety of movies and TV shows, commercial-free.

If you like binge-watching like I do, Netflix is for you. Haven’t seen Mad Men or Breaking Bad? They’re on Netflix. And now Netflix is a stellar program producer in its own right, winning Emmys and Golden Globe awards for its outstanding series. Some of my favorites are Orange Is the New Black, House of Cards and Lilyhammer.

Then there’s the excellent Amazon Prime, whose Amazon Instant Video gives you another easy way to view 40,000 all-you-can-stream or downloaded movies, for one annual fee of $79. However, some movies will cost you extra $1.99. Amazon Prime carries multiple benefits, including the privilege of free two-day shipping for most Amazon merchandise with no minimum order size. I’ve been using Amazon Prime for years, and I think it’s worth every penny.

Don’t forget iTunes. I think most of its content is overpriced, but the quality is good, the streams are dependable, and Apple TV is a nice little set-top box.

How to avoid advertisements accompanying music? My favorite music discovery system is Pandora. I think it’s worth it to pay the $36 annual fee to upgrade to Pandora One, making the service ad-free, and giving you the maximum six skips per hour and higher-quality 192 kbps sound.

Stop listening to commercial radio. Its ads are the most obnoxious on the planet. Avoid that noise by listening to music from your smartphone in the car, and figure out a way to connect it to your car stereo system (or listen to it with on-ear headphones if that’s legal in your area). Or if you’re lucky enough to have a newer car, listen to Pandora One on the car’s app-equipped infotainment system.

Or listen to public radio. Except for the pledge beg-a-thons and short underwriter pitches, NPR is content-rich and advertising free. Like the inscription on an apron for barbecue chefs we used to give away when I worked for public television, public radio is a “rare medium, well-done.”

Let’s not leave out dying old guard of advertising, print materials, and their upstart conqueror — whoops — websites. You can sidestep all their ads, too. However, you might not want to go as far as I have and eliminate all print material from your life. That’s right, I don’t read any paper magazines or newspapers anymore. I get all my written content online, including all the ebooks I buy from Amazon.

And when I’m online, I use the excellent ad-reducing and privacy-enhancing plug-in for my Chrome browser called Disconnect. In deference to those whose websites I respect — mainly sites not owned by that cabal of corporate plutocrats who spew propaganda in a cynical attempt to control the world — I click on a very special button in the Disconnect plug-in labeled “whitelist site.” And I click on ads on those sites, even if I’m only remotely interested in them. That’s because hard-working bloggers and website authors are worth it.

I suppose this is a self-serving exception I make. However, display ads on websites are easy to ignore as long as they don’t interrupt content (you’ll never see any of those annoying pop-up ads on this site). As far as I’m concerned, I would appreciate if you whitelisted this site, but actually don’t give a shit whether you do or not. I use Google AdSense here, and it pays such a paltry sum it’s hardly even worth placing the ads here. For instance, today’s AdSense ads will pay me the grand sum of $.20 each time someone clicks on them. And people don’t click on them very often. Honestly, I’m not even sure if I’m going to continue running those ads on this site.

However, affiliate links are different, and if you’d like to click on any of the occasional affiliate links I place on this site, please be my guest. Oh look, here comes one now: By the way, may I interest you in 30-day free trial of an Amazon Prime subscription?

Summing up, if you follow all my suggestions here, you can almost completely eliminate advertising from your life. People might be droning on about this or that ad they saw on TV, but you’ll have no idea what they’re talking about. Good. Using my techniques, the only advertising you’ll ever see will be on those few websites you whitelisted and on billboards (and as far as billboards are concerned, keep your eyes on the road).

Reduce the noise in your life, and buy (or somehow procure) the content you want to consume. Don’t let yourself be inundated by bullshit political propaganda, or the Koch brothers will win. Turn your world into a place where you select products, not one where products select you via obnoxious brainwashing ads. Don’t let them hammer their “messages” into you 1000 times — the number of exposures Hitler said it took to convince anyone of anything.

You have a choice, and whether you decide to pay for your content or steal it, you don’t have to live a life of wallowing in an unrelenting barrage of advertising.

3 thoughts on “How to eliminate advertising from your life”