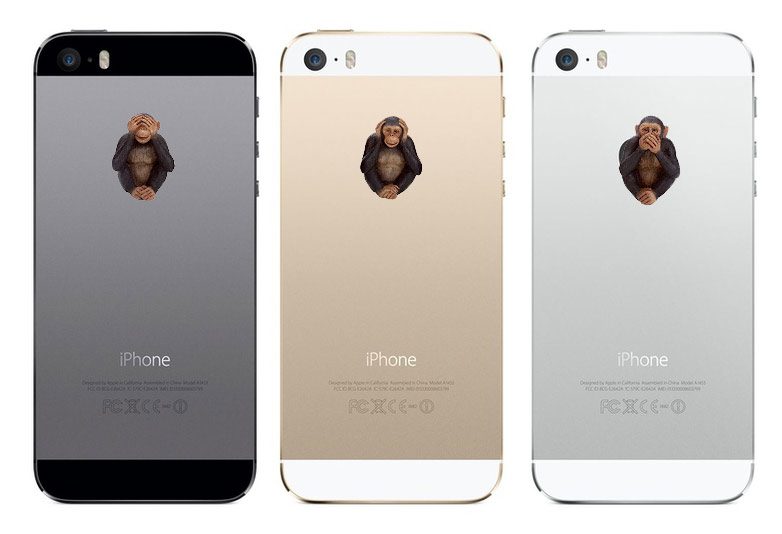 I’ve bought every new iPhone since its debut in 2007, but for the first time, I’ve decided not to upgrade my iPhone 5 to the iPhone 5S. Here’s why.

The simple reason? It’s not worth it. But there are emotional reasons that go beyond that. Perhaps the most important is that my carrier is AT&T, and I think it’s a sleazy company that I don’t want to support any more than I have to.


Why isn’t it worth it? As I suspected and as I saw confirmed in a video comparing speeds of all the iPhones, the iPhone 5S is not much faster than its predecessor. As usual, Apple’s guff about processor speed is mostly bullshit.

Gaming might be faster on the iPhone 5S, but not much else. And I don’t care about gaming on my iPhone. The only game I really care about is Apple’s brilliant Texas Hold ‘Em, and it runs fast enough. The slight increase in speed will not affect the quality of my life in any way.

The new camera on the iPhone 5S has some tricky toys baked in, such slow-motion and rapid-fire picture taking, but that’s the kind of thing that — like Siri before it — was lots of fun on the first day I got it, and then I neglected it for the rest of the year. Not worth it.

When I first wrote about whether I would upgrade to the iPhone 5S or not, I was concerned about the reliability of Touch ID, the iPhone 5S’s new fingerprint recognition sensor. It turns out to be better than I thought it would be, but I’m still not so paranoid about security that it becomes a necessity for me. And I’m still not certain it’s going to be worthwhile. Let’s let someone else do the beta testing for Apple. It’s certainly not worth forking over more money to the dreaded AT&T.

Then there’s AT&T. It’s a crap company. Books have been written about how horrible wireless providers are in the U.S., and I think AT&T is one of the worst. So does Consumer Reports, rating AT&T the worst value in U.S. cellphone carriers. From my perspective, any company that charges you a $36 “upgrade fee” when your phone is due for a “free” upgrade, is sleazy. Any company that would add a useless time-wasting recording (“If you’d like to leave a message…”) at the end of every voicemail outgoing message just so you’ll use up extra talk time is sleazy. Any company that tells you it’s going to give you a $20 monthly discount and then conveniently “forgets” to do so is sleazy. Thanks, AT&T. You suck.

Finally, I’m tired of being an Apple fanboy. Like a fool, I shell out hundreds (or thousands) of dollars every time the company decides to hype up a new piece of hardware that won’t make any real difference to me. If it were something earth-shattering, I’d be more than happy to part with megabucks. This time, I say no. I’m satisfied with my iPhone 5, and not once have I wished it would be faster or more secure.

Yes, a few times I wished it had better low-light camera performance with my iPhone five — maybe once in a year — but that’s a sacrifice I’m willing to make. For important photography, I have my world-class digital SLR that’s hundreds of times better than any smartphone camera. Is it worth it for me to hand over a $250 early upgrade fee to AT&T just for the privilege of owning a phone that’s almost the same as the one I have now?

Just who am I trying to impress?

My answer: no one. I’m not trying to impress anyone. In fact, I’m trying to impress myself, avoiding Apple’s reality distortion field for the first time since 2007. I feel like I’ve conquered an addiction. However, I’m starting to hear rumors about the iPhone 6. I have a feeling my Apple sobriety is only going to last a year.

7 thoughts on “Upgrading to the iPhone 5S is pointless [OPINION]”