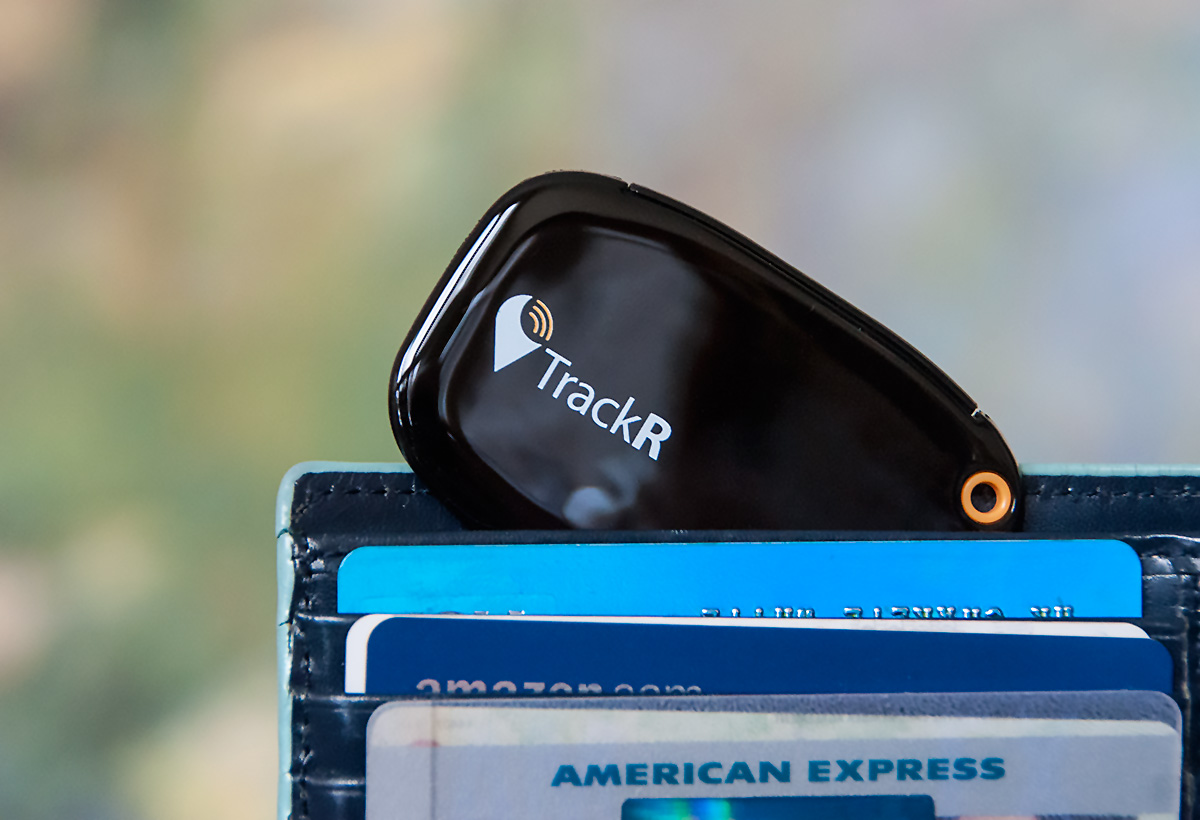 What if you could get that “find my iPhone” capability with your wallet, keys or car? You can with TrackR, a small device that lets you locate anything it’s attached to, and sounds an alarm to let you find it.

I paired a PhoneHalo TrackR to my iPhone 5 and evaluated its capabilities here at the Midwest Test Facility. Let’s see what this wafer-thin Bluetooth gadget can do.

TrackR is about as thick as three credit cards, then enough for placing in a wallet — I couldn’t even tell it was there. If you’d like to use it to locate your keys, it has a small hole that lets you attach it to your keyring. Powered by a pair of coin-shaped watch batteries the company says last 18 months, the TrackR is simple and straightforward, with no display or buttons.

It was easy to pair it with my iPhone, where all I had to do was download the free TrackR app [iTunes link] from the App Store and follow the prompts. After sliding in the little drawer containing those two batteries, it emitted a happy little beep, letting me know it was paired up with the iPhone. 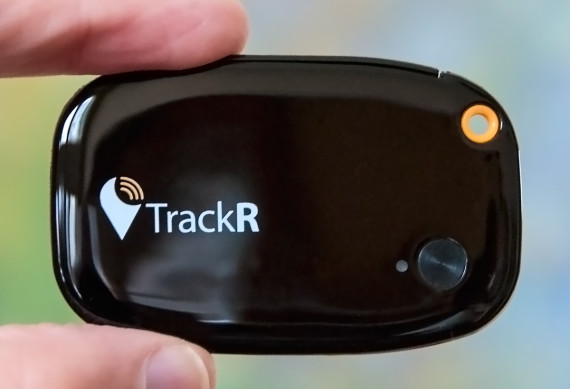 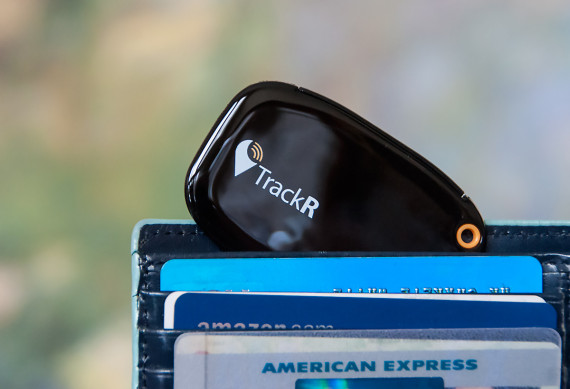 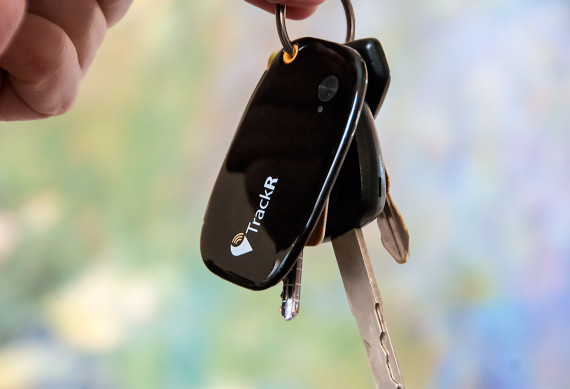 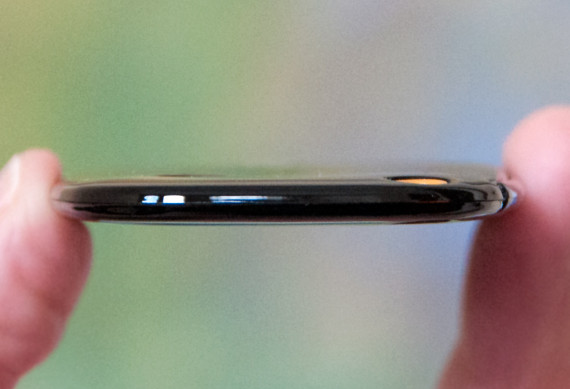 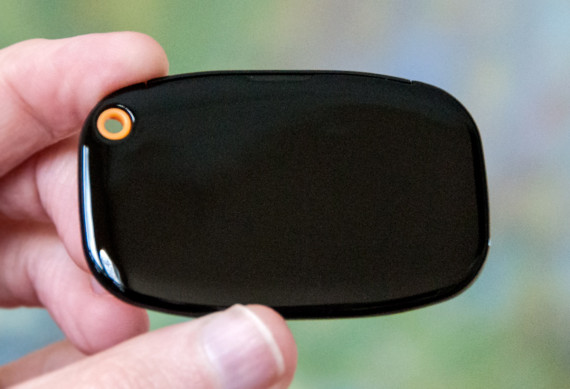 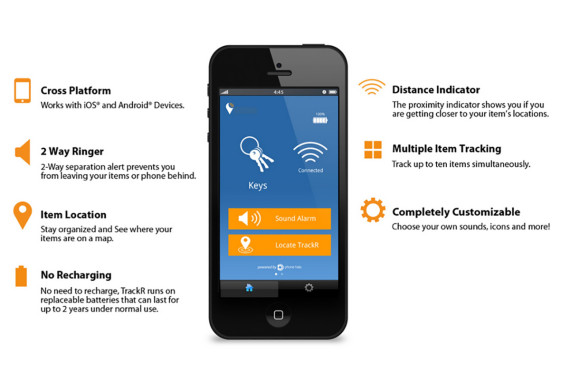 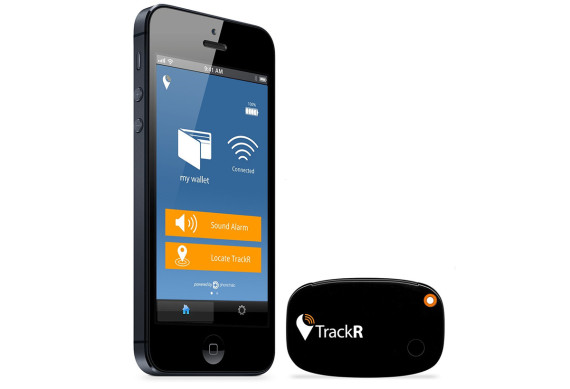 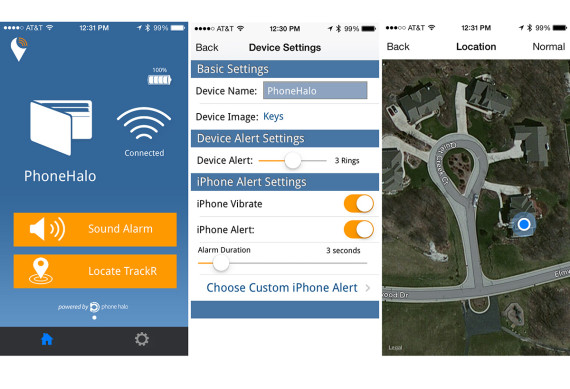 TrackR and iPhone communicate with each other via Bluetooth 4.0, which is built into newer iPhones (iPhone 4S and newer) and third-generation iPads and newer. I tested it only with an iPhone 5, but the company says it also works with the Samsung Galaxy S3, S4, Note 2 and Android 4.3 devices. I have seen numerous complaints on Amazon about its compatibility with Android devices, but I had no such trouble when using it with my iPhone.

Separate the iPhone and TrackR by a distance of about 50 feet, and you get an audible alert (and/or a vibrating alert on an iPhone). That should keep you from, say, walking out of a bar without your wallet.

At the same time, your iPhone tags that location where it last saw the TrackR, so it can answer that stock question people ask when you lose something, “Where did you see it last?” The iPhone knows, and can show you where in the world it’s located, just like “Find my iPhone” does.

You can connect multiple trackers to the iPhone app. You might attach one to your keyring, put another in your wallet, and keep another in your car. Come to think of it, I could have used a TrackR in my car as I parked it in a gigantic airport parking lot, returning a week later after that location was long forgotten.

I like this little dongle. I tested the TrackR in a variety of scenarios, and I found it to be dependable. However, there’s one catch: If you turn off your phone, TrackR and iPhone will not be able to communicate with each other until you launch the TrackR app again.

That could be a problem, say, if you decide to turn off your phone when attending a classical music concert, and then forget the launch the TrackR app when you turn your phone back on. The app needn’t be running in the foreground, but if you don’t launch it, the two devices are not paired, preventing you from using those handy tracking capabilities.

Even given that limitation, if you’re someone who loses your keys, purse or wallet more often than you’d care to admit, TrackR could be the best $29.95 you’ve ever spent.

2 thoughts on “TrackR is ‘Find My iPhone’ for keys, wallet and more [REVIEW]”